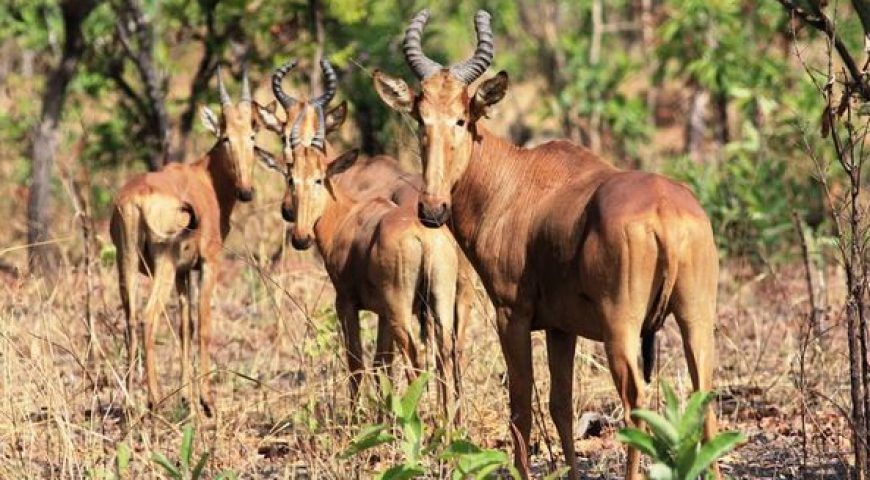 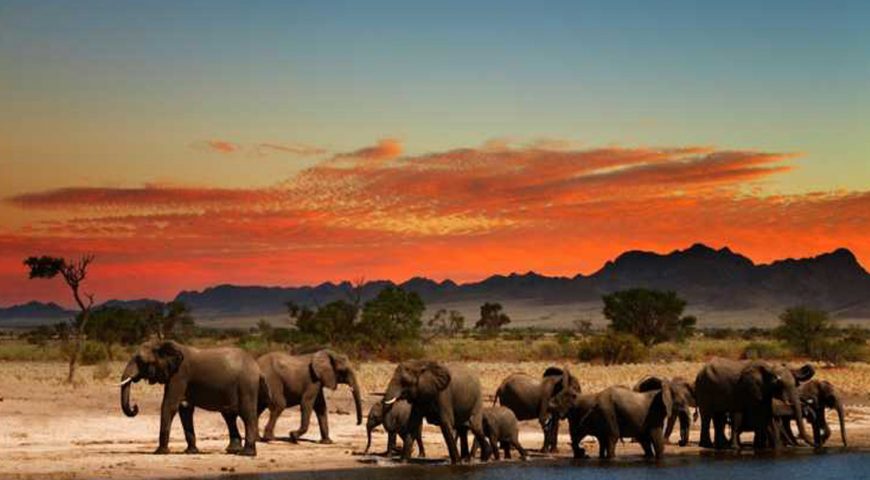 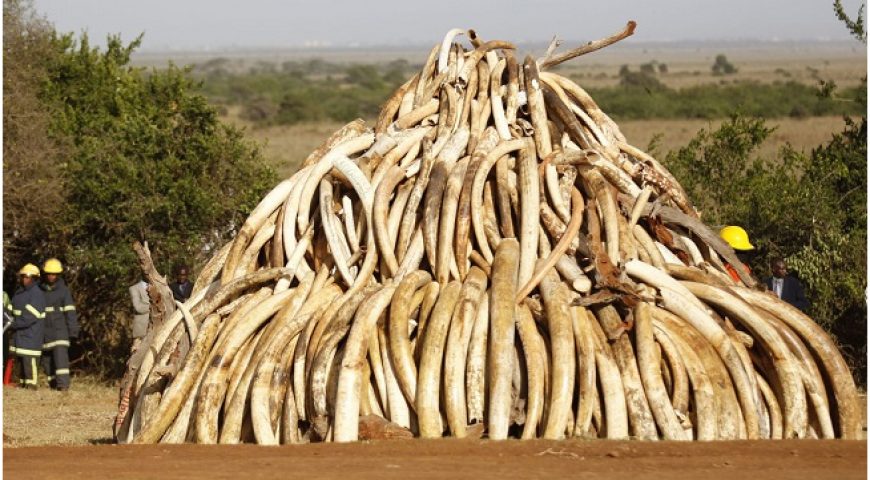 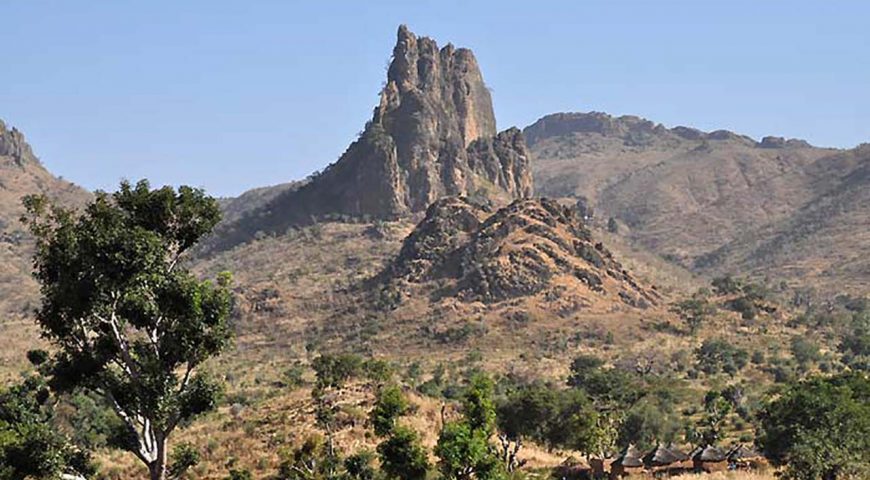 The Boubandjida National Park was once the hunting territory of the “Lamido” Bouba N’Djidah, Sultan de Rey Bouba, whose name is named after. It became a national park in 1968.
Its vegetation consists mainly of Sudanese Guinean-type bush savannah and covers an area of 220,000 hectares of landscapes and varied relieves intertwined by many seasonal streams, the “mayos”. The park has preserved wildlife of remarkable wealth and diversity.
It covers all species of this region of Central Africa, including Derby Island, the largest, most majestic but also wildest of antelope in Africa. This yet unknown antelope is particularly abundant here. Other species can also be observed such as elephants, giraffes, lions, panthers, buffaloes, hippocras, bubalas, Damalis, Buffon cobs, Defassa cobs, redunca, garnished guibs, Grimm headphalophes, red flanked headphalops, hyenas es, baboons, vervets, legs, colobes, Orycteropus, serval, hippopotamus… who are also very abundantly represented.
For ornithology lovers, hundreds of bird species offer themselves the reasons for a trip. Among the biggest ones such as the jabiru or marabout, the giant Calao of Abyssinia, the rapids and shrognards, the fishing eagles, batters, hammers and bald vultures, but also smaller species such as the rollie explosives are from Abyssinia or the green and scarlet wasps.
This is probably the park to see when in Cameroon because hopefully, you will be able to see almost all the species in the country. It wasn’t by chance but thanks to Paul Bour’s permanent investment that created nearly 700km of trails to allow the discovery of the park’s fauna and flora.
On the reception level, the lodge is a picturesque set of 8 stone “buckaroos” inspired by local architecture. It is located in the heart of the park in the shadow of the gallery forest that binds the “Mayo Lidi”, a seasonal stream that crosses the East to the West Park and whose name means the “fish river” in full swing, the local dialect. Despite extreme logistics supply conditions, the service is remarkable thanks to the constant dedication of the entire team. 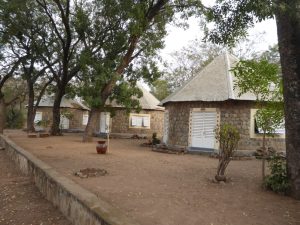 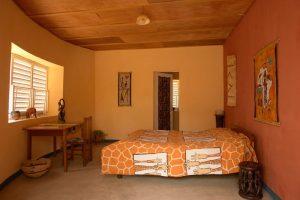 Prices are relatively high but perfectly justified in terms of the difficulties inherent in park isolation. You need to count 22,000 FCFA/J for a buckaroo, 8500 FCFA for the meal and 2500 FCFA for breakfast.
More practical information on the Bouba Ndjida Park site.
How to access it:
The hardest park to get to.
If you’re from Garoua, you need to count 6 good hours of roads but especially tracks. The track is particularly difficult between Guidjiba and the bridge on La Benoué when crossing the park of the same name. Then the track improves but arrived at Koum, still need 2 hours to get to the camp located only 40 km.
Another solution comes from Ngaoundere. So it’s time to count down 5:30 thanks to the opening of the new Touboro road. Reached Home to take the track to Ndop then back to Gaba. Headed to Koum.
Tips:
The formalities of access to the park are in the villages of Koum. You need to count 3000 FCFA/J per adult and 2000 FCFA/J for a vehicle. Photographers and cameras are also subject to a fee of 2000 and 3000 FCFA.
The 4×4 is a must not just to get to the park but to be able to get around indoors. Indeed, several mayos surround the park and their crossing is often delicate especially in the dry season with particularly trapping sand.
The crossings of Mayo Lidi and Mayo Ndemsa are particularly delicate without a suitable vehicle.
The park is only open from December to May during the dry season. The temperatures here are extreme with an average above 40°C. Therefore, it is necessary to equate accordingly even if the lodge ensures that the visitors need everything. Beware, however, the buckaroos do not have air conditioning because the electrical facilities are insufficient.
Finally, to observe animals it is advised to have patience. They are here but we don’t always see them. And an unexpected encounter may be waiting for you around a track!
Luxecam Tours
Call/WhatsApp: +237 (679) 748 824
Email: visit@luxecamtours.com
Website: https://bit.ly/3jMh0Kh