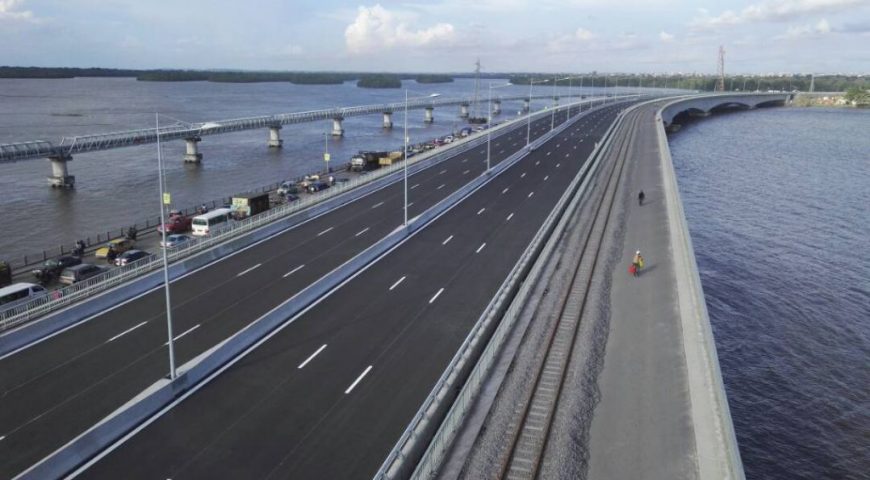 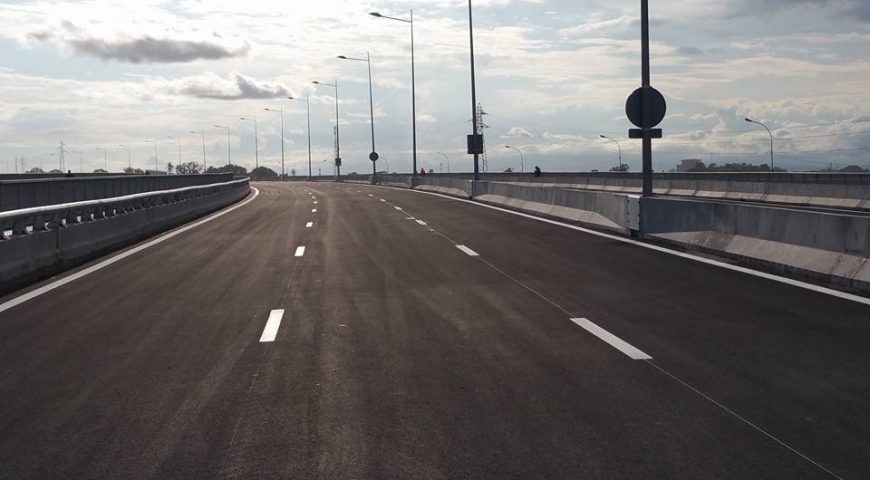 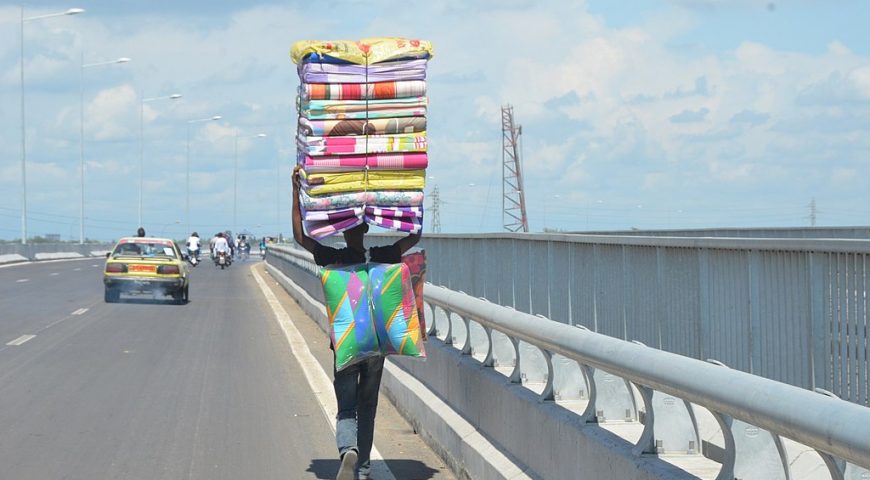 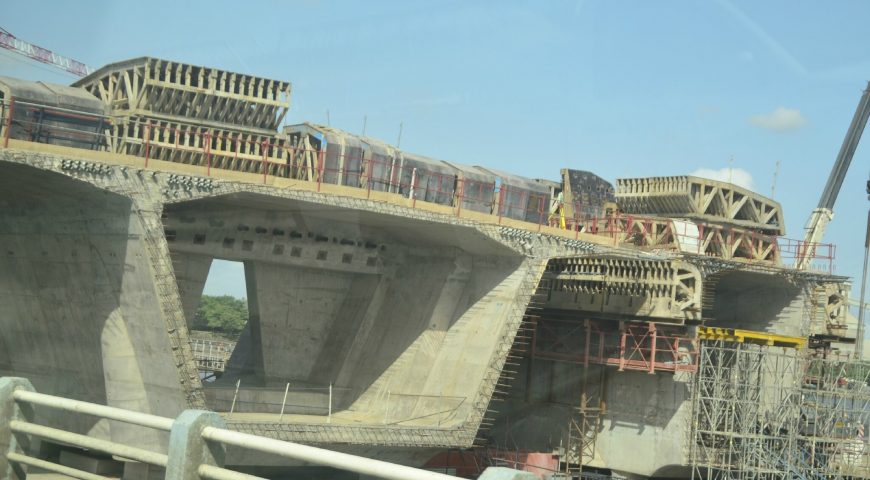 The Wouri Bridge is a bridge located in Douala in Cameroon. The bridge was built between 1951-1954 by French companies, Société de construction des Batignolles with the help of  Compagnie Industrielle de Travaux Publics, Campenon-Bernard and Hersent 1. It connects Bonabéri to the city of Douala in the Littoral region. When it was inaugurated on May 15 1955, it was the third longest bridge in Africa and the longest concrete bridge on the continent.

Construction Of The Second Bridge Over The Wouri In Douala

The construction of the second bridge over the Wouri was to provides a solution to the very heavy traffic jams in the city of Douala. This bridge was to contribute to strengthening the role of economic capital of Douala by supporting its balanced urban growth.

A second bridge over the Wouri by road and rail was built between 2013-2017 in Douala the economic capital of Cameroon. The Satom – Eiffel – Solétanche-Bachy – Lavigne-Cheron-Greisch Group conducted the design and construction studies. 200,000 m3 of earthworks were carried out around the 2nd bridge over the Wouri and transformed the landscape. 5,1000 m3 of concrete, or the equivalent of just over 20,000 tons of cement have been planned.

Built by successive cantilevering of segments concreted on site.
Navigable channels of 40×5.5m above the highest waters.
About 756 ml in length, it has 9 spans whose decisive span is equal to 135 m.
The deck carries two tracks.
The structure is of the “box-girder” type in prestressed concrete, with a height varying between 7.5 m on supports and 4.6 m in span.
The supports consist of reinforced concrete headers embedded on bored piles 2.50 m in diameter and 65 m deep

Towards a 3rd bridge over the Wouri River in Douala

(BFI) – The modernization of road infrastructure continues in Douala, the economic capital of Cameroon. The government has just approved plans to build a third bridge over the Wouri River and the Douala – Limbe highway, a city located in the South West region as part of the implementation of the public-private partnership (PPP) program with the support of the World Bank.
A consultation meeting was held in Yaoundé on September 2019 between the heads of the institution, those of the Ministry Economy, Planning and Regional Development (Minepat), and certain administrations concerned. This meeting focused on the review of selection and prioritization criteria with a view to launching feasibility studies.

About 2 km long, the new bridge will be built in three compartments of 600 m each. Planned further upstream from the river, the infrastructure will link the eastern entrance of the economic city to the autonomous port of Douala (PAD). Its commissioning will facilitate the transport of goods to Chad and the Central African Republic.