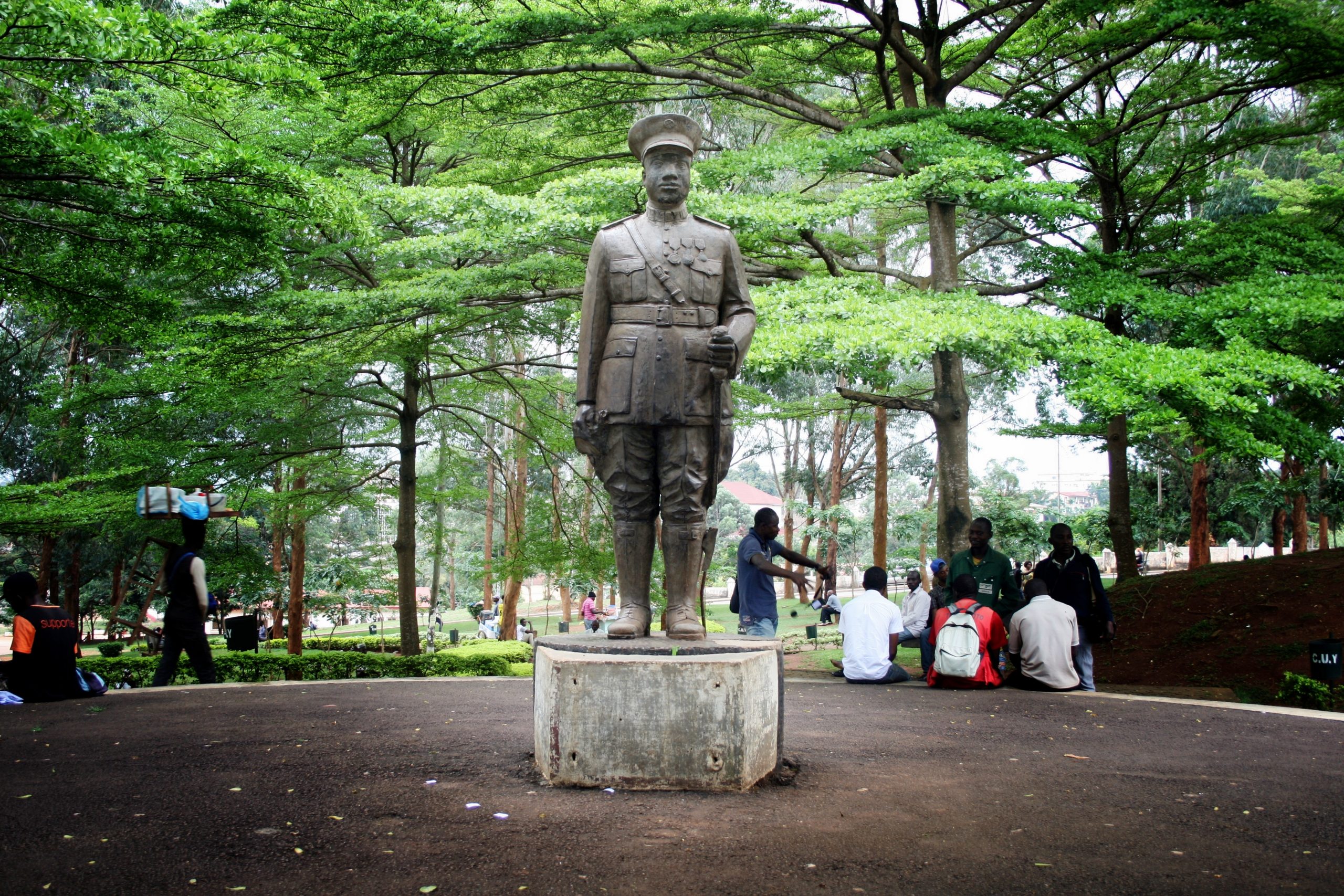 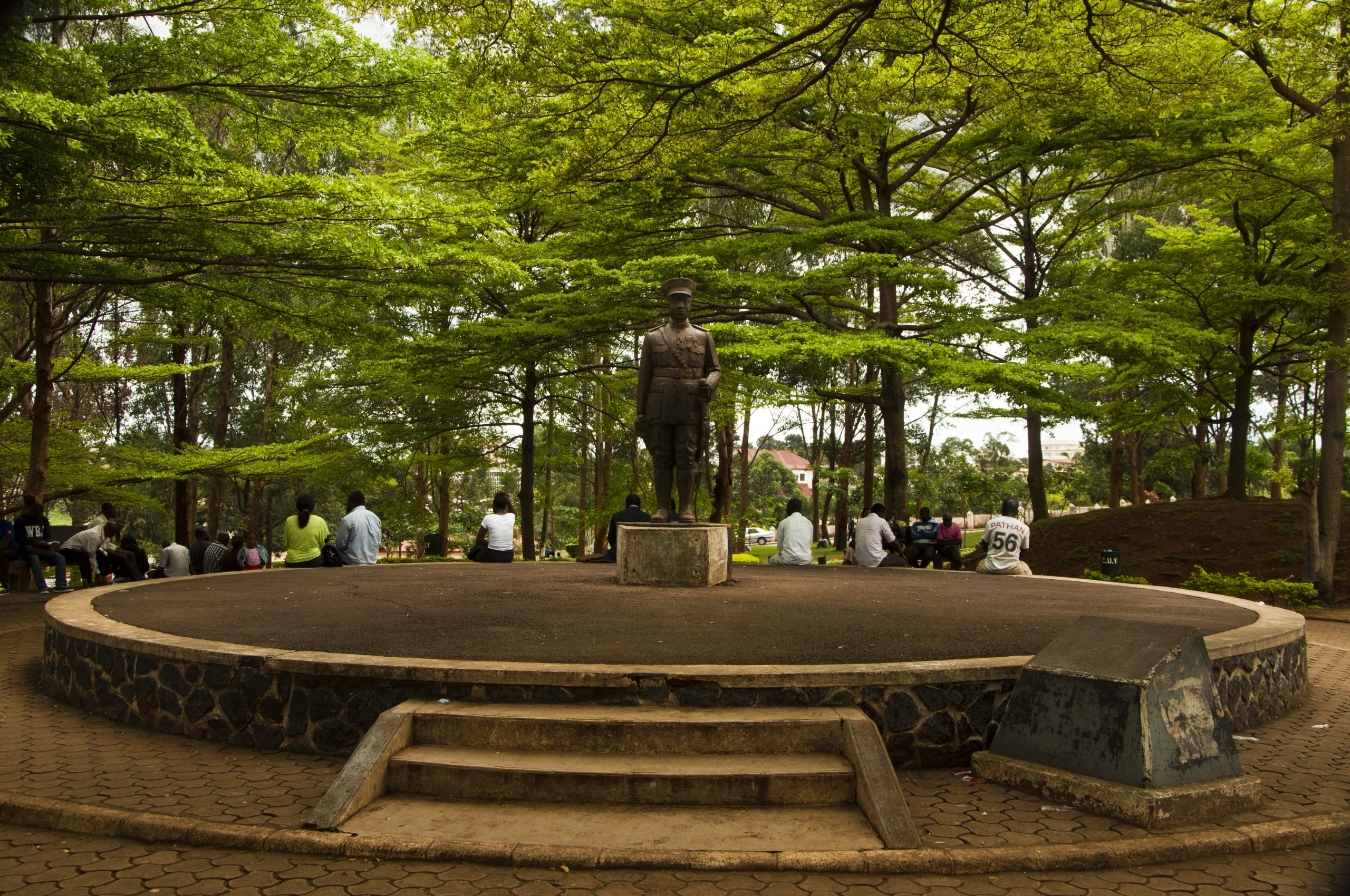 Charles Atangana (1880 – 1 September 1943), also known by his birth name, Ntsama and his German name Karl was the paramount chief of the Ewondo and Bane ethnic groups during much of the colonial period in Cameroon. Although from an unremarkable background, Atangana’s loyalty and friendship with colonial priests and administrators secured him successively more prominent posts in the colonial government. He proved himself an intelligent and diplomatic administrator and an eager collaborator and he was eventually named paramount chief of two Beti-Pahuin subgroups, the Ewondo and Bane peoples. His loyalty and acquiescence to the German Empire was unquestioning and he even accompanied the Germans on their escape from Africa in World War I.

After a brief stay in Europe, Atangana returned to his homeland in Cameroon, which by then was a League of Nations mandate territory under the administration of the French Third Republic. The French doubted his loyalties at first, but Atangana served them with the same ardour he had shown the Germans and regained his post as paramount chief. During the remainder of his life, he oversaw the Westernization of his subjects and the improvement of his domains despite the erosion of his powers due to French policies and unrest among his people. He never advocated resistance to the European powers, preferring to embrace the Europeans as a means of personal enrichment and in the service of African interests. After his death in 1943, Atangana was largely forgotten. However, since Cameroon’s independence in 1960, Cameroonian scholars have rediscovered his story.

Early Life
Atangana was born sometime between 1876 and 1885 in Mvolyé, a small village in what is today Yaoundé, Cameroon. His parents gave him the drum name “He who is known by the nations”. He was the eleventh of twelve children born to Essomba Atangana, a headman of the Mvog Atemenge sublineage of the Ewondo ethnic group. Essomba Atangana was one of thousands of minor Beti leaders living between the Sanaga and Nyong rivers, each charged with providing for his compound and the extended family and slaves who lived there. His father died when Ntsama Atangana was about six years old.

Early Career
In August 1900, the commander of German forces at Victoria (present-day Limbe) appointed Atangana interpreter for 500 Bulu hostages, who were being pressed into labour. Atangana kept the post for six months and took up extra duties as a nurse. The colonizers next sent Atangana to Buea to work as an office clerk. At some point between the end of his schooling in Kribi and the end of his service in Victoria, Atangana met Marie Biloa, a woman from a village called Mekumba. Although she was a little older and living as a kept woman by a German functionary, Atangana married her. She would eventually bear him two children: Jean Ndengue and Katerina (or Catherine) Edzimbi.

Paramount Chief
The Germans had seen some success in uniting disparate groups under single individuals called paramount chiefs (Oberhäuptlinge). Atangana was chosen for this position among the Ewondo and Bane either before his trip to Germany or soon after. This was technically only a temporary appointment, his subjects would have to approve it a year later to make it permanent. They had little alternative. Atangana was already the primary conduit of information to and from the Germans.

World War I
The Allied West African Campaign of World War I reached Kamerun in 1914. Douala fell on 17 September, and the Germans regrouped at Jaunde. Beti informants alerted Atangana as to the Allies’ progress, and as the loss of Jaunde seemed inevitable, Atangana prepared to escape with his masters. Atanganae and the chiefs under him gave their posts to weaker relatives so they could more easily take them back should the Germans return. They held out in Jaunde until 1 January 1916, when troops of the British Army captured the town and the German soldiers and missionaries fled into the forest. Atangana and 72 Ewondo and Bane chiefs, along with 14–20,000 villagers (mostly soldiers and their families), led them through.

Later life
Atangana’s unfailing loyalty and subservience to Germany prevented the French from ever fully trusting him. His first task under the new colonial regime was to supervise gangs of forced road-construction laborers in the town of Dschang. In Atangana’s absence, the French had appointed a Beti headman named Joseph Atemengue as their local representative in Jaunde (now known by the French spelling, Yaoundé). However, Atemengue never enjoyed the popularity Atangana had among the Beti. Atangana tried to secure an alliance with him by sending his 20-year-old, German-educated daughter, Katerina, to marry him, but she eventually fled from the much older Atemengue and back to her father.

Legacy
No one took over as paramount chief upon Atangana’s death. His opulent palace went unoccupied and fell into ruins. However, traditional Cameroonian chieftaincies were re-established on 11 July 1977 by Decree #77/609, and by the 1990s, Cameroonian ethnic groups had rejuvenated these dormant traditions. Atangana’s daughter Marie-Thérèse became the new Ewondo paramount chief. In December 2000, she began the renovation of his palace at Efoulan, Yaoundé, a project that would cost an estimated 150,000,000 francs CFA.