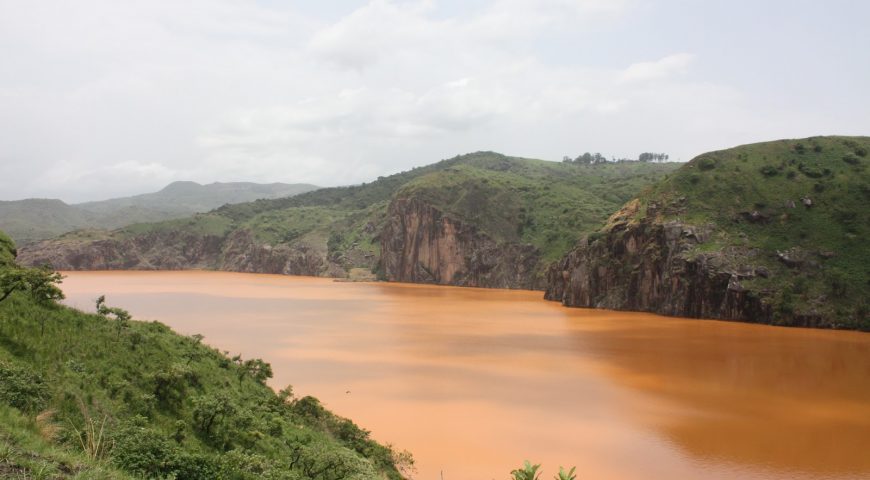 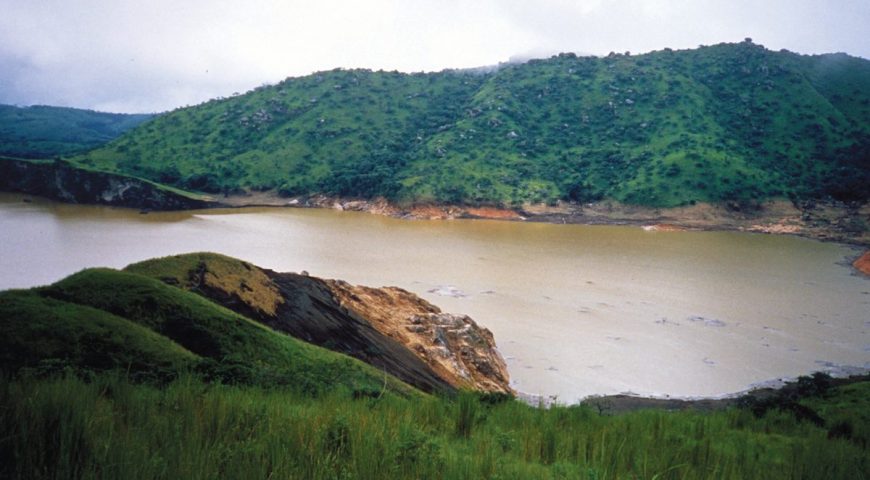 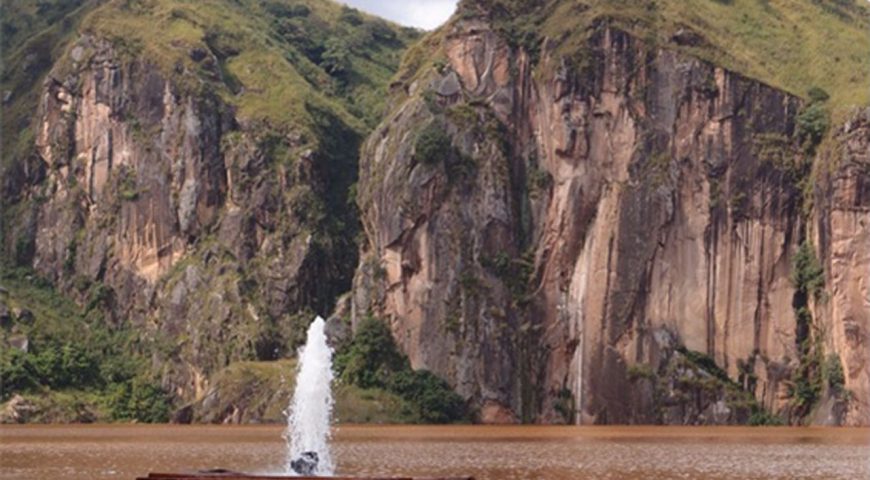 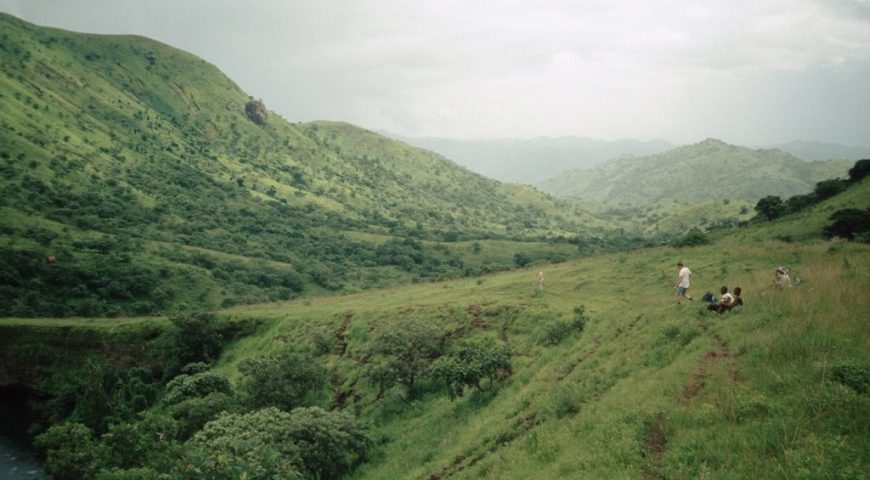 Lake Nyos is a crater lake in the Northwest Region of Cameroon, located about 315 km (196 mi) northwest of Yaoundé the capital. Lake Nyos is a deep lake high on the flank of an inactive volcano in the Oku volcanic plain along the Cameroon line of volcanic activity, a volcanic dam impounds the lake waters.

A pocket of magma lies beneath the lake and leaks carbon dioxide (CO2) into the water, changing it into carbonic acid. Lake Nyos is one of only three lakes known to be saturated with carbon dioxide in this way and therefore prone to limnic eruptions (the others being Lake Monoun, also in Cameroon, and Lake Kivu in the Democratic Republic of Congo and Rwanda).

On August 21 1986, possibly as the result of a landslide, Lake Nyos suddenly emitted a large cloud of CO2, which suffocated 1,746 people and 3,500 livestock in nearby towns and villages, the most notable one being Chah, which was abandoned after the incident, though not completely unprecedented, it was the first known large-scale asphyxiation caused by a natural event.

After the tragic Nyos event, volcanic lake research grew worldwide. During the International Conference on the Lake Nyos Gas Disaster in Cameroon’s capital, Yaoundé, in March 1987, the International Working Group on Crater Lakes (IWGCL) was born. In 1993, the International Association of Volcanology and Chemistry of the Earth’s Interior (IAVCEI) welcomed IWGCL as a commission, renaming it the Commission on Volcanic Lakes (CVL). To commemorate the Nyos Lake tragedy, the IAVCEI-CVL convened in Yaoundé for its 3-yearly workshop.

Key lectures were presented by Nyos fluid geochemistry and limnology (inland water) pioneers Minoru Kusakabe (Japan), George Kling (United States), and J.-C. Sabroux (On behalf of Michel Halbwachs’s team, France). It was apparent from the workshop that the initial controversy over the cause of the Lake Nyos disaster has been replaced by harmony and agreement. After 15 years of risk mitigation actions by the artificial degassing of Lake Nyos and to prevent a recurrence, a degassing tube that siphons water from the bottom layers to the top allowing the carbon dioxide to leak in safe quantities, was installed in 2001. Two additional tubes were installed in 2011 and the lake is considered relatively safe.

Lake Nyos lies within the Oku Volcanic Field, located near the northern boundary of the Cameroon Volcanic Line, a zone of volcanoes and other tectonic activity that extends southwest to the Mt. Cameroon stratovolcano. The field consists of volcanic maars and basaltic scoria cones.