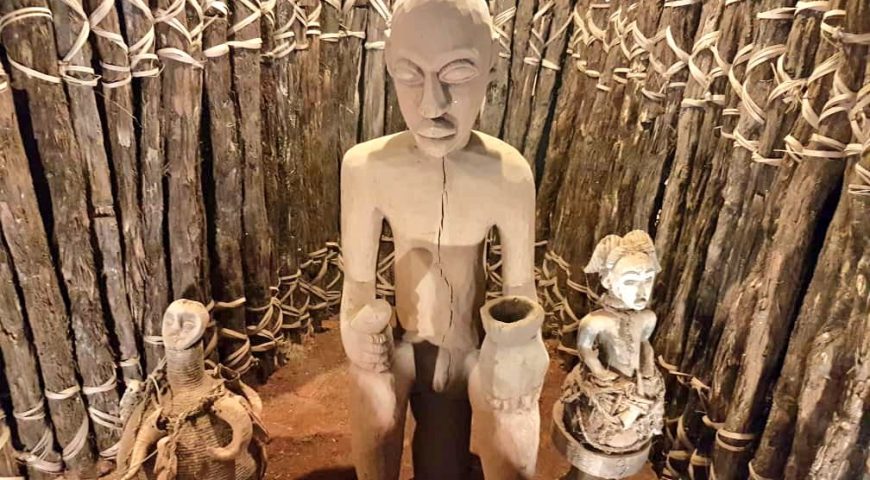 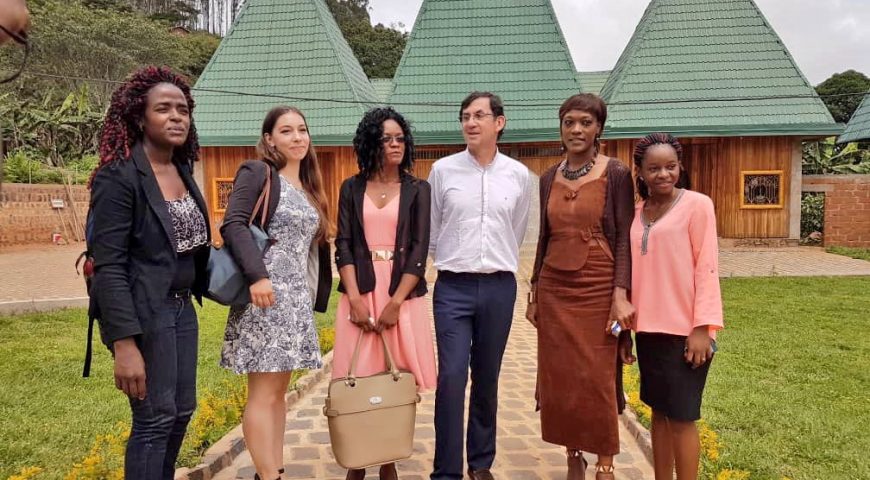 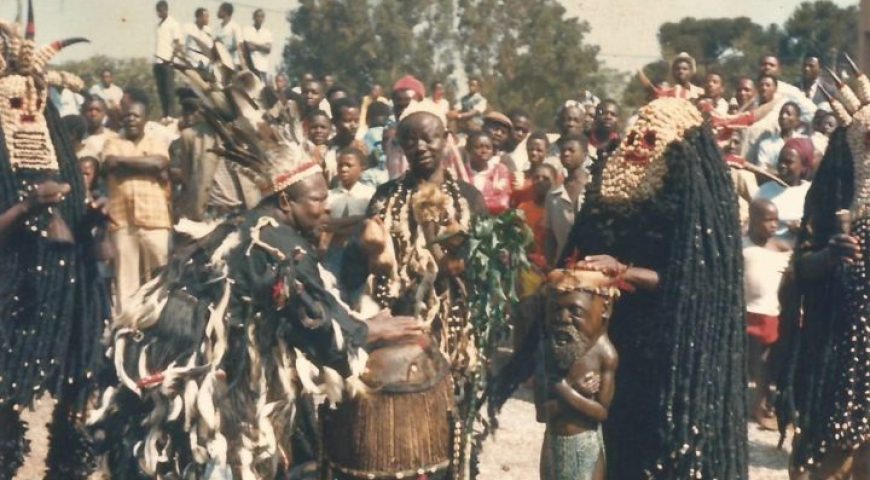 BAPA is a village in the Hauts-Plateaux department in Cameroon. It is part of the municipality of Bangou.

The chieftains was reportedly founded in the 1600 s by a hunter named Fe Tchouanmegne from Bamendou.

The oral story tells that during a hunting party, he discovered this gibboy territory and settled there with other hunters. Lest they be noticed and driven out of the territory, the group looked at the horizon every time.

This is how they are said that they are people who loosen up or watch.

This name comes from where ” Bapa “.
This village is built on a volcanic and hilly basement. Its landscape consists mainly of rocks and caves.

Coming from the crossroads Batie, instead of Beugong (approximately 2 km), three large rocks layered on the floor resist the pressure of the wind to ” support the kingdom “. The track below leads to the ” rock of death ” ” or Loung Gwou (1 km), perched on top of a steep cliff over 100 m high.

A detour to the chieftaincy allows you to admire the traditional architecture. Then the Sekouop tunnel located 4 km from the chieftaincy stretches over 300 m under a block of rocks.

The 80 m high Tchui waterfall is located 1 km from the chieftain. These flooding waters span a block of rocks that form big waterfalls during the rainy season.

Tui means ” crying ” and this place would symbolize the king surrounded by his deputy, one of his ministers, his servant and the queen. It is a sacred place to protect the village and purify young people.

A project of the Heritage Case proposes to ” bring together ” all these wonders in an exhibition where to integrate tradition and nature.

The life of the chieftain is also marked by the exit of kang, a biennial dance of young boys organized by the society of nyi.

It takes place every two years from mid June to mid August.
The artists of the chieftaincy specialize in making masks of customary societies, especially those of the dreaded koungang brotherhood.